On Saturday, Kim Kardashian shared an adorable series of photos of herself with her four kids — daughters North, 7, and Chicago, 3, and sons Saint, 5, and Psalm, 22 months — whom she shares with Kanye West.

Seen posing beside Psalm and Chicago in the first snapshot, the Keeping Up with the Kardashians star, 40, then held onto Psalm and big brother Saint in the follow-up photo.

For the last image in the series, Kardashian posed with all four of her children.

“Tucked in tight, it’s my heart where you’ll stay. Tomorrow I’ll love you even more than today. 💗♾✨,” the doting parent wrote on Instagram.

The latest social media post from the SKIMS founder comes about after Kardashian officially filed for divorce from West, 43, in February.

A source previously told PEOPLE that the parents of four are in agreement over joint legal and physical custody, neither is contesting the prenup in place, negotiations have progressed and they are nearing a settlement.

However, another source told PEOPLE at the time that the pair is not always on the same page when it comes to their children.

“They have a different vision of the world and how their kids should be raised,” the source said. “Kim will always support Kanye and his causes and encourage him with their kids, but her future with work, family and life in general are strictly up to her. She makes it happen.” 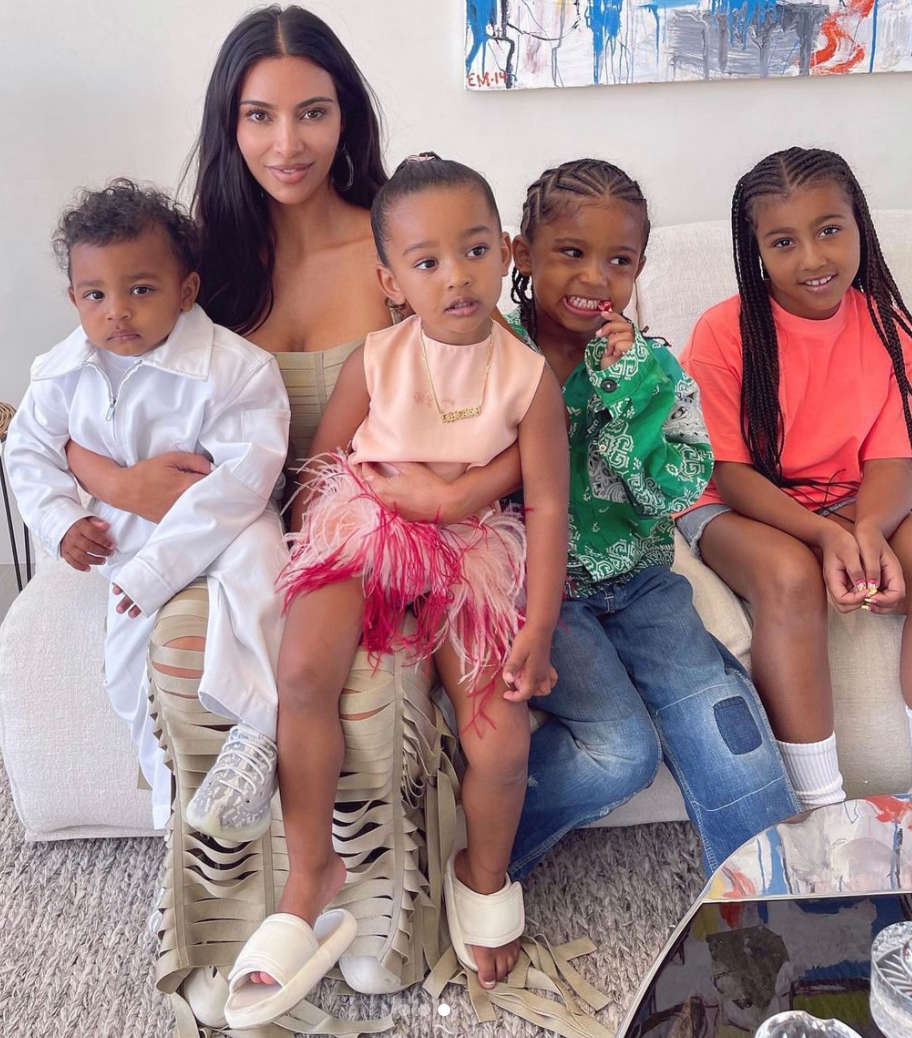 “Kim will continue with her projects and so will Kanye,” the source added. “What they want in life and for their kids doesn’t always match.”